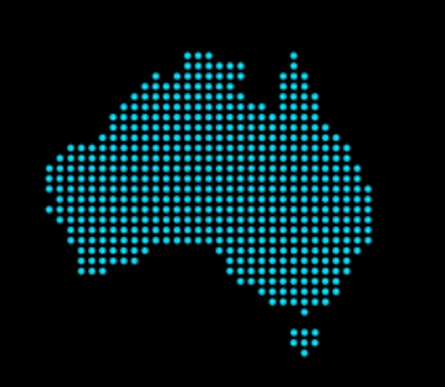 Managed WAN Optimisation for SaaS Boosts Office 365 and Salesforce Performance by 33 Times, Slashes Bandwidth Requirements up to 97 Per Cent.

Luke Clifton, Group Executive at Macquarie Telecom, said the corporate world was at the beginning of a complete reimagining of the way networks and software applications work together, and Managed WAN Optimisation for SaaS was a critical part of Macquarie’s plan to be at the forefront of the shifting competitive landscape.

“Over the next decade, billions of dollars in costs are going to be stripped out of the costs of networks and huge new efficiencies and flexibility will emerge,” Mr Clifton said.

“Macquarie is moving now to ensure our customers are at the forefront of this change and are first to reap the rewards. The revenue shift from the world of Private IPVPN to Internet services is a threat to traditional telco product companies, so they are conflicted and struggling to make the leap.  But Macquarie has always viewed itself as a service business and wants to lead in transforming our customers’ business application strategy.”

Macquarie Telecom has coined the term “The SaaS enabled WAN” which is a new end to end WAN solution that is designed to provide a customer the optimal architecture to cater for the growing mix of SaaS and in-house applications they consume whilst still maintaining the focus on security and performance.  Macquarie Telecom has developed 6 new products to accommodate for this new solution architecture.

Managed WAN Optimisation for SaaS helps organisations realise the same business benefits from traditional optimisation with enterprise applications but for cloud-based SaaS applications. Without optimisation, SaaS user experience has traditionally suffered as data has been moved away from users with little-to-no regard for network performance. However, Macquarie Telecom’s solution reduces this growing IT complexity and drastically improves SaaS performance regardless of where users or data centres are located.

As an example, without optimisation a 20.8MB file from Sharepoint Online takes more than two minutes to download – with Managed WAN Optimisation for SaaS it can be done in less than four seconds.

“With Managed WAN Optimisation for SaaS, Macquarie Telecom’s customers can embrace the flexibility, scalability and cost benefits of the cloud without casting a shadow on application performance,” he said.

Clifton added: “The offering will also help CIOs rein in shadow IT – which is the adoption of applications by business departments with no input from the IT department. And it allows the CIO to get back on the front foot because, until now, the adoption of SaaS has been very much driven by departments like marketing, sales and HR while the IT team has been left behind. Ultimately, the CIO is our customer so by giving them an optimal architecture to adopt SaaS, we’re helping them get some power back to lead the SaaS conversation within their organisations.”.

Why investors will start asking companies for their Net Promoter Scores

What is the future of work in Australia? [Infographic]