Hosting in Australia. Tailored for you.

We want to be your Australian availability zone and your hands and feet on the ground.

To be an expert in the market, you need to be Australian.

As a newcomer, you need more then just servers and racks. You need people to share market knowledge and build real relationships with. Macquarie Cloud Services can also build custom and compliant hosting to suit the varying needs of international customers in colocation and cloud, just as you would have in your other data centres around the world. Since we are locally owned and operated, and have over 24 years in business, we know our market better than anyone.

What we do. Help international companies host in Australia.

"We wanted the best operator of infrastructure to help us deliver the best customer experience." 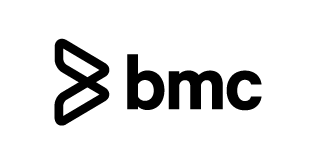 The large scale data centres connected to high-speed broadband networks, the benefits of cloud computing are huge. But there’s one question that nobody’s asking, where in the world is my data?

When you travel the law is determined by where you are, not the country you come from or the flag your airline flies under. If you run into problems, you’re subject to that country’s laws. To sort things out, you have to deal with local authorities.

Cloud computing and online business blur the traditional boundaries of state and country. Transactions often involved with company from one country, service in a second, and customers in a third. So where did it happened?

Just like travel, wherever the data and service are, determines which laws and taxes apply. Yes, taxes. The next issue with offshore cloud service is resolved in disputes and enforcing judgements. The contract may be signed in Australia. The supplier, a local subsidiary of the US company. And the service located in Singapore. This raises the prospect of very expensive international legislation.

So, before you accept those Ts & Cs. Make sure you know where your data is. If data is seized, business faces the threat of not being able to operate. Legal issues involving different countries can take weeks, month, or even years to sort out.

Following 9/11, the US government enacted a far reaching law which is sending shockwaves globally, it’s called The Patriot Act. This expands the traditional territorial boundaries of the USA. To include any data held by US companies or subsidiaries globally. Initially accounted terrorism measure, it has had implications far beyond US. Especially now with Cloud when many providers globally are US based companies.

Your data can be accessed by the FBI and put on ice while they investigate, and it does happen. A New Zealand service provider who resolved US based cloud services had service and data seized due to unalleged breach of US copyright laws. This then impacted all his customers.

Under the Patriot act, an Australian business may not be able to protect it’s data if it’s hosted by US company, even if the data is located in Australia. So why is this not in the media? Despite over 49,000 requests for data a year, you don’t hear anything because they all subject to a gag order.

Under Australian law, business has a responsibility to protect sensitive company, customer, and stakeholder data. Protecting data is not just for governments and banks. It’s dangerous to assume your business has no sensitive data.

A recent Oz poll found 75% of Australians do not want their data held overseas. So what is the answer? Use world class Australian resident and owned cloud facilities.

Find out some more.

Macquarie Cloud Services offer guided tours of our world class Intellicentres. We just need a few details including the Intellicentre you'd like to visit.

You have booked an Intellicentre tour.

Thank you for booking a Data Centre tour. Our Intellicentre team will be in touch with you shortly to confirm the details of your booking.

Macquarie Cloud Services offer guided tours of our world class Intellicentres. We just need a few details including the Intellicentre you'd like to visit.

You have booked an Intellicentre tour.

Thank you for booking a Data Centre tour. Our Intellicentre team will be in touch with you shortly to confirm the details of your booking. 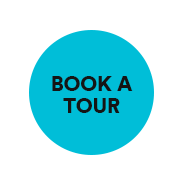